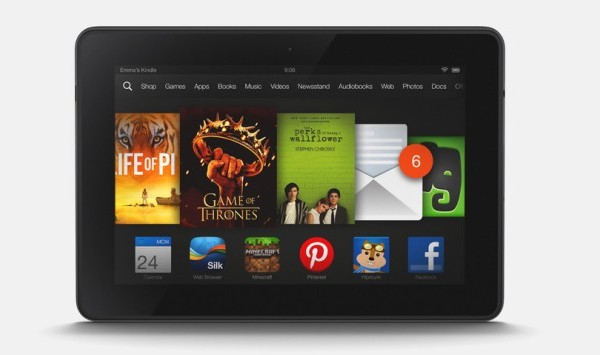 Amazon released its Kindle Fire series in 2012 after upgrades in technology. The standard black and white readers of yesterday were replaced with high-definition full color. While the basic Fire series and HD units remain popular, the HDX display that is now available provides 2560×1600 picture quality for the 8.9 edition. This color scheme for a tablet is beyond the standard HD tv or computer monitor.

Kindle Fire HDX 7 or 8.9: The Differences

A price difference is not the only feature that is different between Amazon Kindle brands. The 7-inch tablets that helped introduce the basic Fire series were kept in the HDX line. While the displays are identical, the size of the screen is slightly smaller for the HDX 7-inch tablets.

The weight is one thing that a person buying these tablets will notice. The heavyweight editions like Paperwhite and Kindle Fire standard were changed in the HDX Kindle series by Amazon. The new lightweight design is one feature that tablet buyers will appreciate in the updated HDX tablets.

One thing that tablet owners have complained about in the past is the lack of documentation from manufacturers. Aside from learning the basic functions, new support is provided in the form of a mayday button by Amazon. This offers any user the chance to chat remotely with an Amazon tech support specialist. Because the HDX tablets are Wi-Fi enabled, getting help from the mayday button is easy in less than 15 seconds.

The iPad, Samsung Galaxy and other competitors to the Kindle feature different connection speeds. 3G was king until the 4G connections were established. Every buyer of the Kindle series from Amazon gets to choose between the standard connection speeds and third party data plans. The Kindle Fire HDX 7 or 8.9 share AT&T and Verizon data plans where available. Coverage options depends on the actual carrier and region of the country where a tablet is used.

Apple has its iOS and Kindle uses its Fire OS. Each is built for speed although only one is compatible with Android apps. The 3.0 Fire OS from Amazon provides one of the easiest accessibility tools for users. Instead of working through applications and menus, one-touch feature is built into the new 3.0 OS system. Amazon provides its one-tap system to help remember what apps were recently opened or that have been used the most. This is meant to make accessing content faster and easier for all users.

Users of the Kindle Fire HDX series can say goodbye to small memory. Unlike companies boasting about 8GB of storage, Amazon has increased its base RAM size for all tablets this year. Each tablet in the HDX build begins at 16GB and goes up to 64GB. This is designed to provide more storage space for videos, kindle e-books and other applications that are downloaded from Amazon.

Kindle Battery Life: How Long it Should Last

The needs of tablet users were answered by Amazon with the introduction of the HDX tablets in 2013. The 7-hour battery life that was standard on all original Fire tablets was upgraded this year. To provide more user time, the standard battery is configured to last for up to 11 hours on a single charge. This means that the graphic intensive applications or HD video will be available for all users. A person who is not using the HD display can use the reader portion and extend the life of the tablet battery to 17 hours.

Every Kindle tablet includes the basic social networking apps to get users started. Kindle HDX includes immediate applications for Facebook, Twitter and other apps that are offered in the Silk browser. This Amazon customized browser includes full support for many email programs. The Yahoo, Gmail and AOL email support ensures that any app user can access email from any connection while using the HDX Wi-Fi or 4G support.

While some tablet makers can skimp on accessories, Amazon packs the Kindle series with easy to use accessories. From basic screen protectors to visual enhancements, the accessories that are found with the Kindle 7 or 8.9 HDX tablets are many. Leather cases and a larger origami case are available as upgrades for each tablet. Stores participating in bundle deals usually combine the Kindle HDX with needed accessories for a small bump in price.

Amazon knows the power of having good audio for its tablets. Unlike some companies that require speakers to be purchased, each HDX Kindle tablet features Dolby audio. The Dolby Digital Plus is the newest technology offered in the compact Kindle series tablets to ensure that music and other audio playback remains in high-definition. Audio profiles can be loaded for each user in the Fire 3.0 OS.

The price drops that Amazon fixed with its tablets for Black Friday and Cyber Monday was unexpected by many. The Christmas season is always one of huge sales success for Amazon and this year is expected to be no different. The final shopping days for consumers to receive free Amazon shipping are expected to be huge distribution days for the HDX tablets. Amazon is expected to discount the HDX 7 and 8.9-inch tablets to new price points before Christmas 2013.